Description
Here are just a few of the designs we've put together for our friends at The Wild Animal Sanctuary!  We are grateful for the opportunity to create original custom artwork for TWAS and to produce their merchandise. These amazing people have dedicated their lives to saving endangered animals from all over the globe! If you're in the area we highly recommend you visit their beautiful facility located near Keenesburg, Colorado, and see all the big cats, bears and other rescued animals for yourself! A little about the organization:

The Wild Animal Sanctuary is the oldest and largest nonprofit Sanctuary in the world dedicated exclusively to rescuing captive exotic and endangered large carnivores, providing them with a wonderful life for as long as they live, and educating about the tragic plight faced by an estimated 30,000 such animals in America today.

Established in 1980, The Wild Animal Sanctuary is a state and federally licensed zoological facility and a 501(c)(3) nonprofit organization. Originally started outside Boulder, CO, TWAS soon moved to Lyons, CO, where there was more room for the animals, and to provide for future expansion. After eight years in that location, TWAS was forced to move again due to a limestone quarry moving in next door. The Sanctuary currently sits on 720 acres 50 miles east of Boulder. There is plenty of space for the animals’ 67 large acreage habitats, along with room to grow while still maintaining large grassland buffers.

TWAS is now located near Keenesburg, Colorado, and we are open for supporters and people that want to learn about the Captive Wildlife Crisis year-round.  We are open daily from 9 am to Sunset, except for major Holidays and during bad weather.

The Sanctuary is located on rural, rolling grasslands northeast of the Denver Metro area. Comprising 720 acres and sheltering more than 450 Lions, Tigers, Bears, Leopards, Mountain Lions, Wolves and other large carnivores, it is the first sanctuary of its kind to create large acreage species-specific habitats for rescued animals.

Since January 1980, The Wild Animal Sanctuary has responded to more than 1,000 requests from private citizens and government agencies to rescue animals from across the United States and around the world. Our furry residents were abused, abandoned, illegally kept, or were victims of other terrible situations. 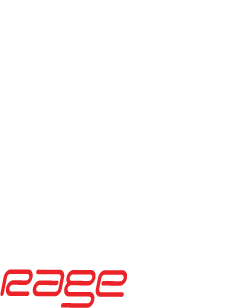